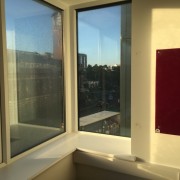 We would like to inform you that we have managed to agree the terms of completion for the Union House/Hurn House projects with a new professional team. We have outlined the names of the companies appointed so you can be reassured of their credentials below.

As previously relayed to you by Experience International we found ourselves in disagreement with the previous construction company and we have established that we could not proceed any further with them especially when the project is so close to being built. The change will not affect your investment and certainly we felt that it is the best and only way to progress to completion.

The new professional team is formed of the trades below:

Based on reports given by the new construction company the new estimated completion date is May 2014 on Union House and August 2014 on Hurn House.

On a final and positive note, EF language school, Bournemouth University and Ole Spanish School have all expressed interest to secure placement for their students for 2014. The EF school have asked expressed interest for a 52 week lease on the building for approximately 60 students full time and 125 students during the summer, Bournemouth University are still interested to secure a long lease hold agreement for all rooms on a 42 week term.

Thank you for your patience and we will provide you with another progress report in April.